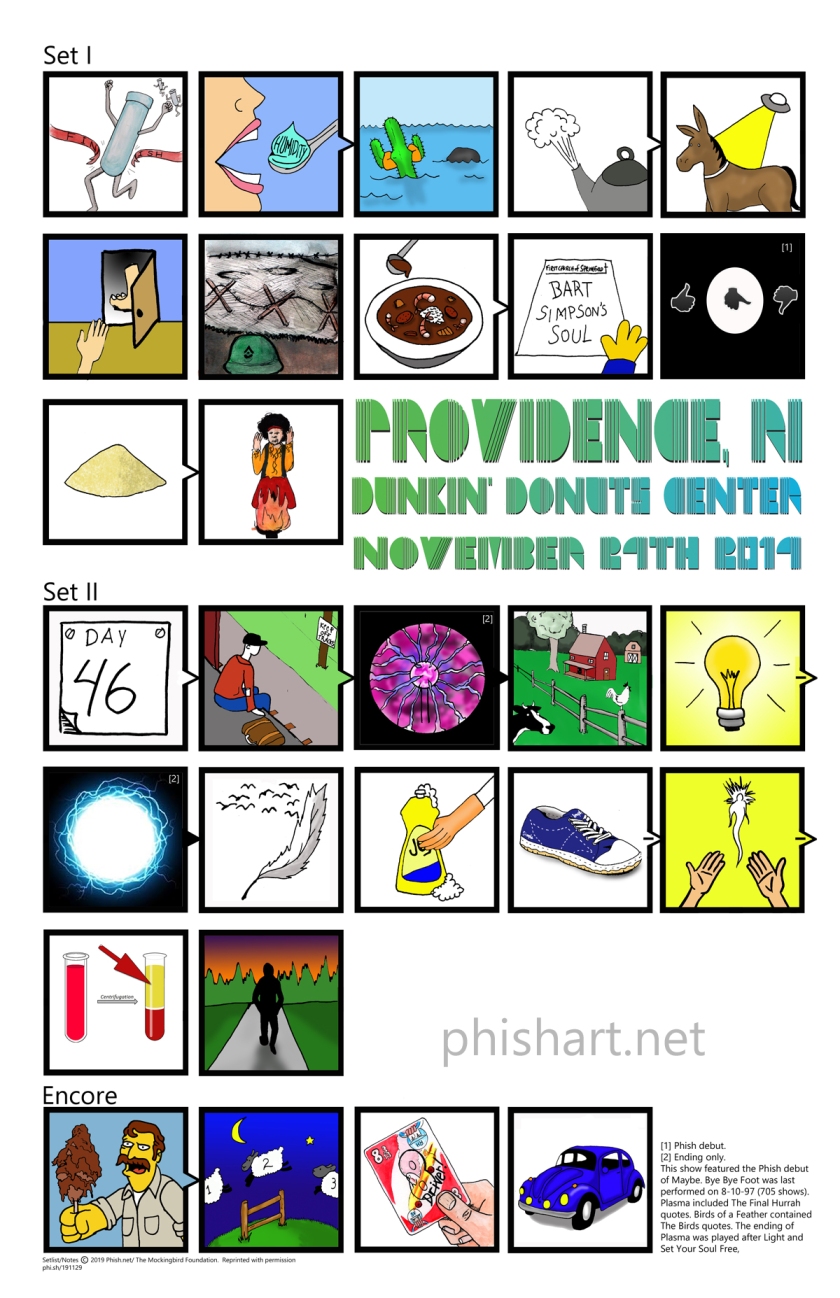 [1] Phish debut.
[2] Ending only.
This show was webcast via Live Phish and featured the Phish debut of Maybe. Bye Bye Foot was last performed on August 10, 1997 (705 shows). Plasma included The Final Hurrah quotes. Birds of a Feather contained The Birds quotes. The ending of Plasma was played after Light and Set Your Soul Free,

[1] Slow version.
[2] Unfinished.
[3] Ending only.
This show was webcast via Live Phish. Llama was played in the slow Llama arrangement. Meat through I Didn’t Know and Big Black Furry Creature from Mars were all introduced to the crowd by Trey and Meat through Stash and Golgi Apparatus began with Page playing the THX sound effect. Stash, Alaska, and Big Black Furry Creature from Mars were unfinished. The ending of Plasma was played after Stash, Golden Age, and Possum. Trey teased Quinn the Eskimo prior to Big Black Furry Creature from Mars (which subsequently contained a Lengthwise quote from Fish. Page teased Long Tall Glasses In Possum. After the soundcheck’s Jam, Heavy Things was briefly played for a few seconds, Fish teased Time Loves a Hero, and Chalk Dust Torture Reprise was played and sung for under a minute. Trey then introduced Tweezer, Lawn Boy, The Squirming Coil, and My Sweet One with Phish playing a few seconds of each song.

Prints are available in my shop!  Choose from a single night, or both nights. Orders over $35 get free shipping.