I’ve been on a roll lately with these watercolors.  It’s been fun playing around with watercolors as well as taking my time illustrating these songs.  Most of the original drawings used in my illustrated setlists were drawn, inked, and then scanned and colored digitally while the show was in progress (I was lucky enough to be able to stream a live show for all most of summer, fall, and the Miami tour). My goal is to illustrate as many songs as I can for the summer illustrated setlists. I’ll take requests for songs, and I’ll be posting the ones I do for sale via my shop 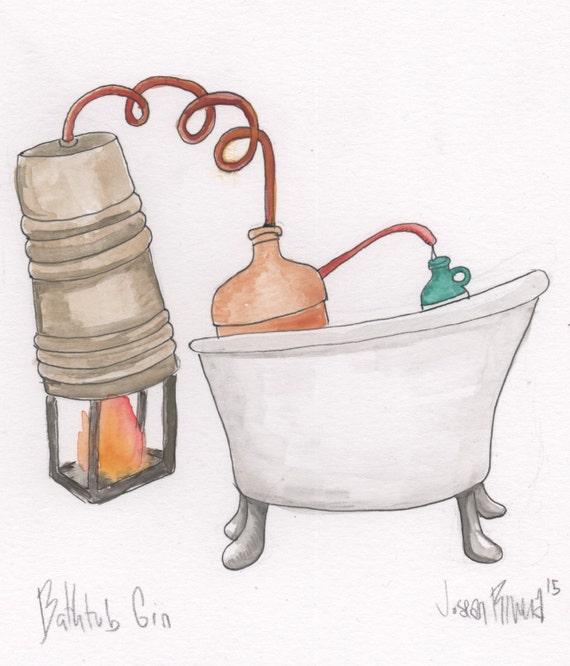 “Cause we’re all in this together, and we love to take a bath” 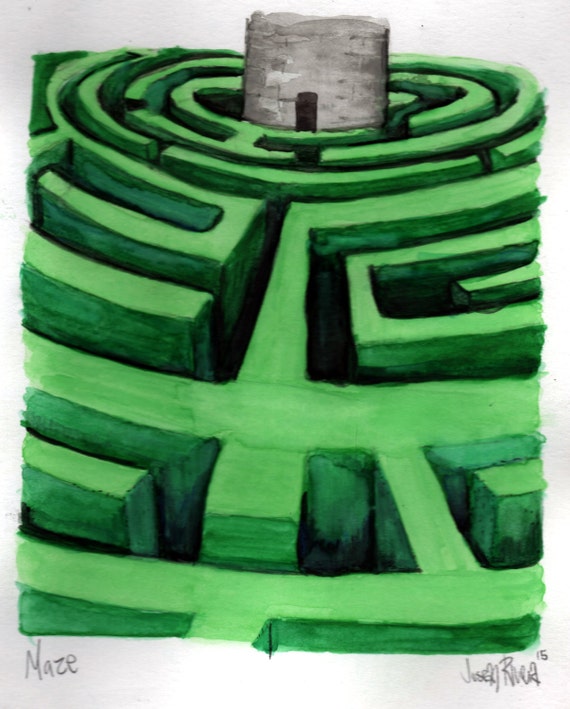 “The overhead view is of me in a maze” 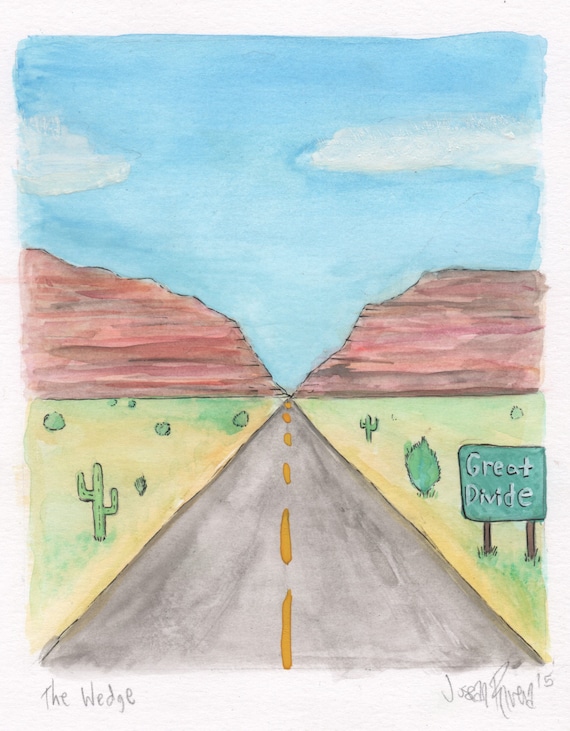 “Take the highway to the Great Divide” 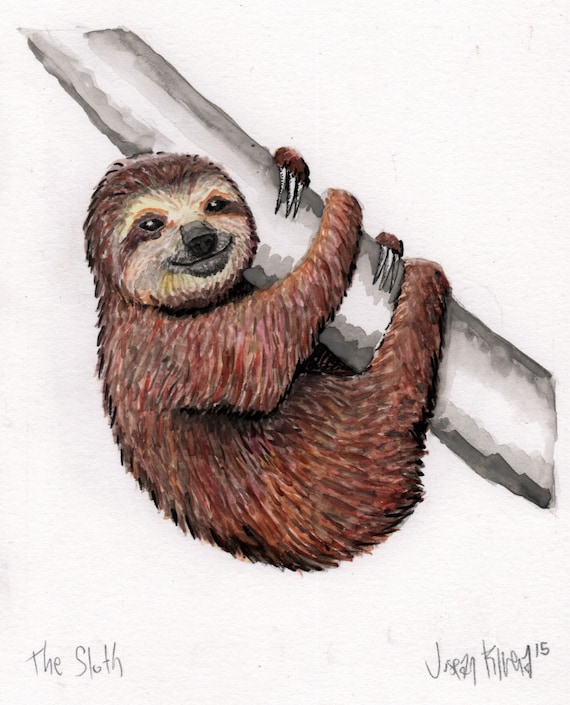 “They call me the sloth (Way down in the ghetto)”

“Do tigers sleep in lily patches?”

Punch You In the Eye

“Read a little book about Vlad the Impaler”

These illustrations sell pretty quick, but I’ll be posting more as I make them. I still have a few available, as well as illustrated setlists from summer/fall 2014 as well as the NYE run. 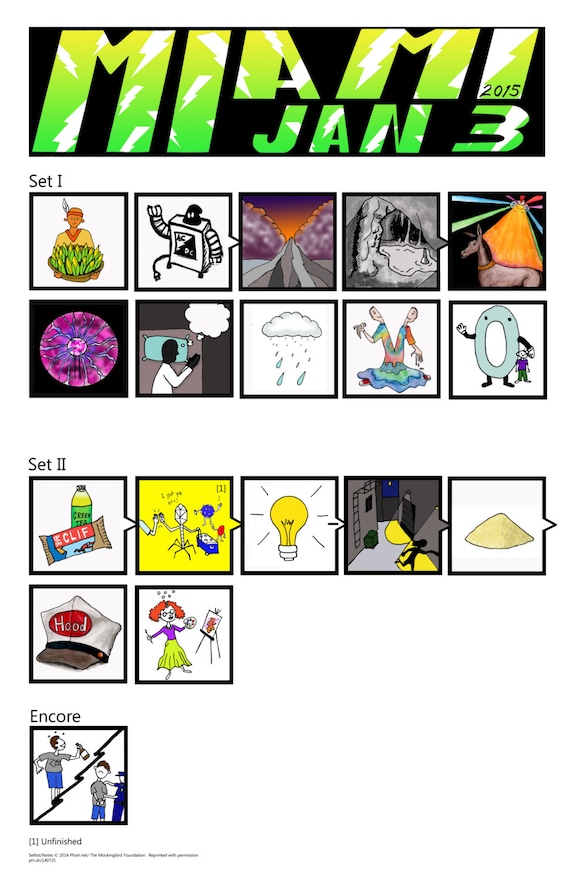 Well, its just a matter of waiting for Summer Tour!  I’ll be working on watercolor illustrations of songs, as well as occasional setlists requested by people.

Set 1: Free, The Moma Dance > Possum, Roggae, Stash, Back on the Train, Sugar Shack, The Line,Ocelot, The Squirming Coil

Notes:  Weekapaug included a Stash tease from Trey, quotes from The Birds, and featured Trey on Marimba Lumina and Mike on guitar.

Font based off of Miami Vice Origami – Taras Bohonok 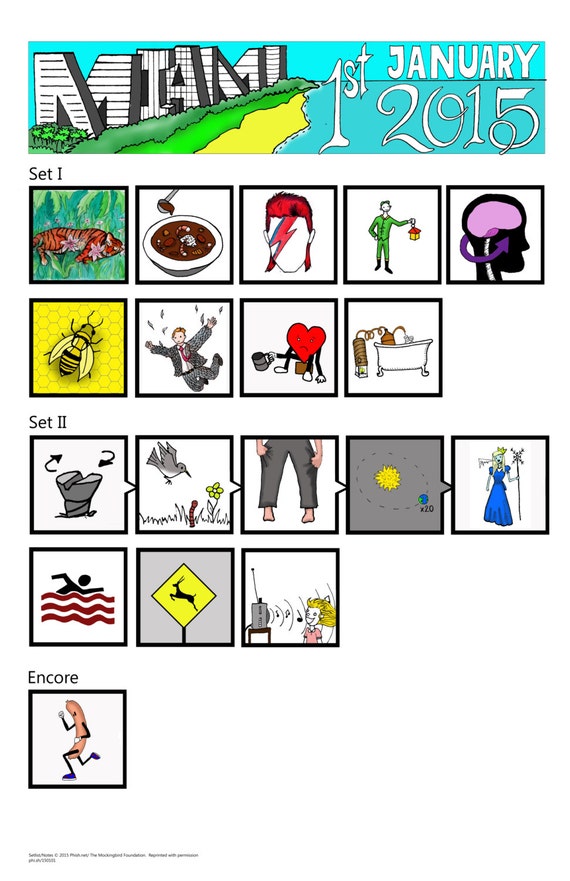 Set 1: Sample in a Jar, The Wedge, 555, Heavy Things, Wolfman’s Brother, Halfway to the Moon,Bouncing Around the Room, Kill Devil Falls, Train Song, Waiting All Night, Axilla, A Song I Heard the Ocean Sing

Notes:  The Birds was teased during the jam out of Theme, then teased and quoted during Cities. The Phish debut of Dem Bones began acapella, then Fish moved to vacuum. The song was then stopped because, Trey said, the vacuum had become stuck to Fish’s face. Fish went behind the stage with Brian to fix the problem, and Mike suggested they switch it “from suck to blow.” There was the sound of a small explosion and the lights went out. A giant inflatable Fishman then emerged from behind the stage and took off over the crowd, while the balloon drop, including Henrietta donut balloons, occurred and the band played Auld Lang Syne.