Phish started up their summer tour last night at the Xcel Energy Center in St Paul, MN.  If last night’s show was any indication, we can expect a lot of bustouts this tour (which means I get to draw a lot of new songs!) 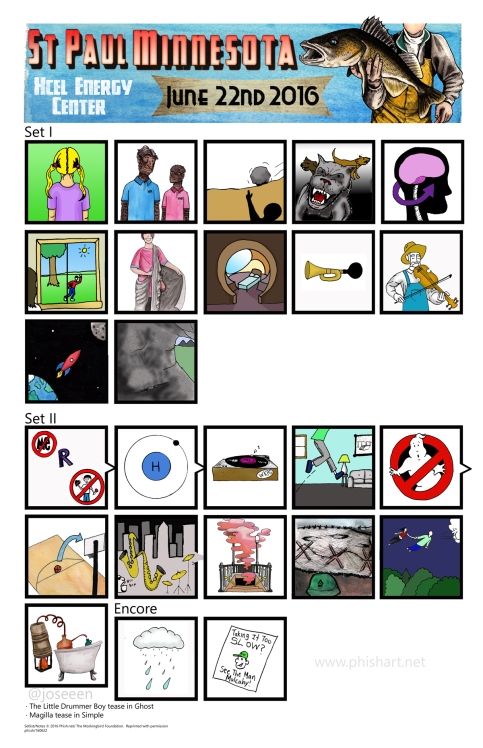 Set 2: Mike’s Song > I Am Hydrogen > Weekapaug Groove, Bouncing Around the Room, Ghost > The Line, Simple -> I Found a Reason, No Men In No Man’s Land,Billy Breathes, Bathtub Gin

Setlist posters are available for sale in my shop, joseeen.etsy.com, and I’m now offering show posters as well!  For this tour, you can get one for $10 ($5 off!) when purchasing a setlist.