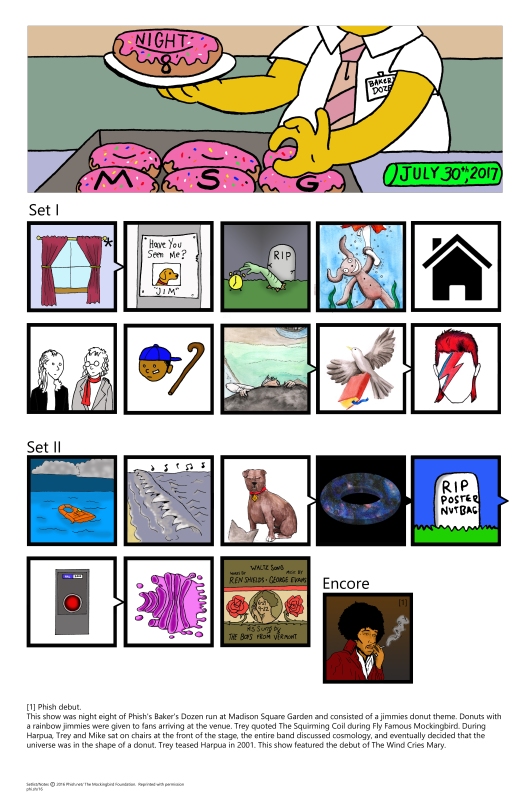 [1] With donut references.
[2] Phish debut.
This show was night eight of Phish’s Baker’s Dozen run at Madison Square Garden and consisted of a jimmies donut theme. Donuts with a rainbow jimmies were given to fans arriving at the venue. Trey quoted The Squirming Coil and Glass Onion during Fly Famous Mockingbird. During Harpua, Trey and Mike sat on chairs at the front of the stage, the entire band discussed cosmology, and eventually decided that the universe was in the shape of a donut. Trey mentioned donuts and teased Harpua in 2001. This show featured the Phish debut of The Wind Cries Mary.
Prints Available
Setlist/notes © 1990-2017  The Mockingbird Foundation, Inc.