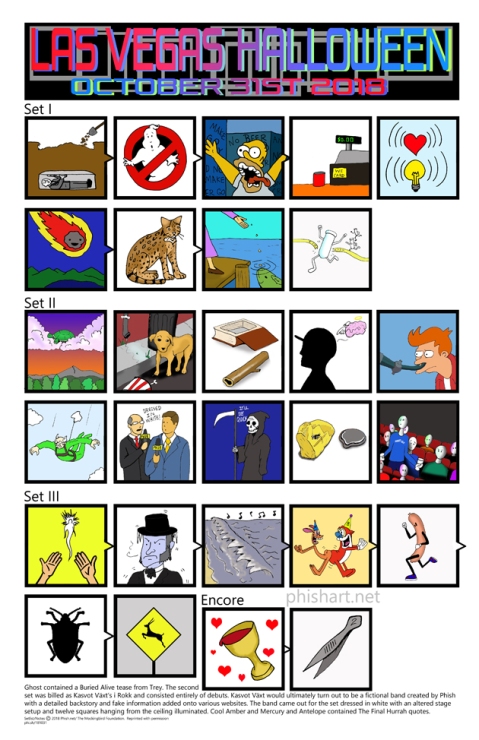 SET 3: Set Your Soul Free > Tweezer > A Song I Heard the Ocean Sing > Backwards Down the Number Line > Meatstick, Bug > Run Like an Antelope

[1] Debut.
This show was webcast via Live Phish. Ghost contained a Buried Alive tease from Trey. Trey teased Crazy Sometimes in Hallet’s Comet. The second set was billed as Kasvot Växt’s i Rokk and consisted entirely of debuts. Kasvot Växt would ultimately turn out to be a fictional band created by Phish with a detailed backstory and fake information added onto various websites. The band came out for the set dressed in white with an altered stage setup and twelve squares hanging from the ceiling illuminated. Cool Amber and Mercury and Antelope contained The Final Hurrah quotes. 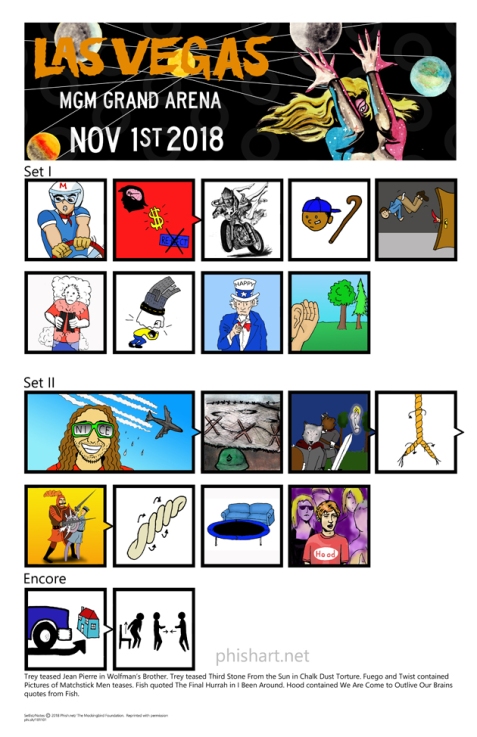 SET 2: Blaze On > No Men In No Man’s Land, Fuego > Twist > Prince Caspian > Twist, Bouncing Around the Room, Harry Hood

This show was webcast via Live Phish. Trey teased Jean Pierre in Wolfman’s Brother. Trey teased Third Stone From the Sun in Chalk Dust Torture. Fuego and Twist contained Pictures of Matchstick Men teases. Fish quoted The Final Hurrah in I Been Around. Hood contained We Are Come to Outlive Our Brains quotes from Fish. 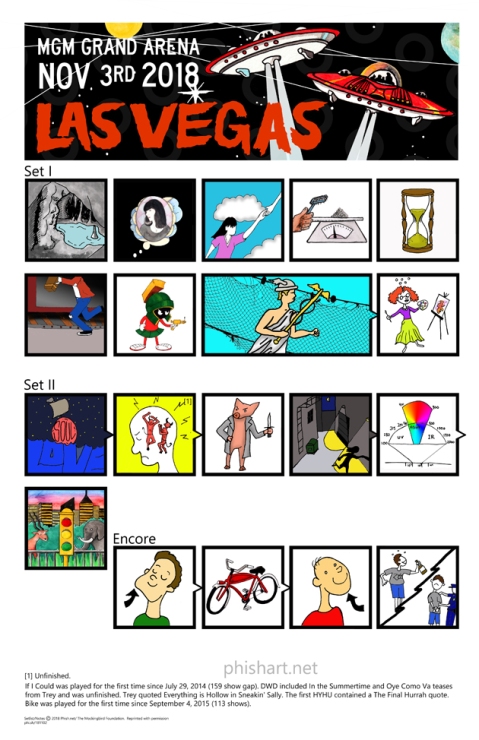 SET 1: Cavern, Beauty of My Dreams, If I Could, Weigh, Sand, Back on the Train, Martian Monster, Mercury > Suzy Greenberg

SET 2: Soul Planet > Down with Disease[1] > Guyute, Sneakin’ Sally Through the Alley > Light > Slave to the Traffic Light 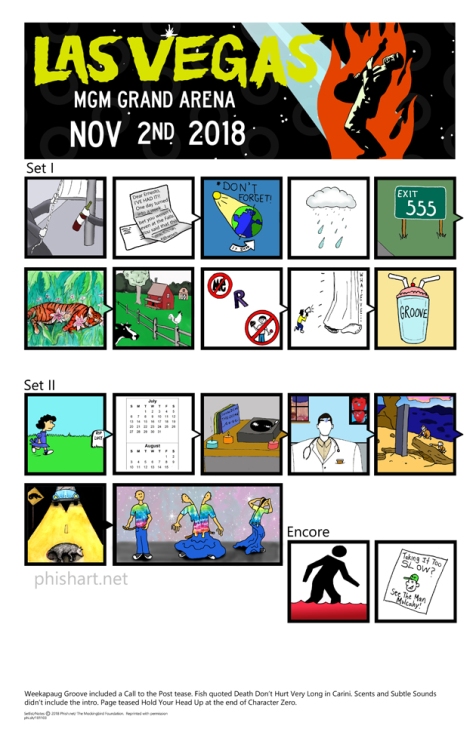 This show was webcast via Live Phish. Weekapaug Groove included a Call to the Post tease. Fish quoted Death Don’t Hurt Very Long in Carini. Scents and Subtle Sounds didn’t include the intro. Page teased Hold Your Head Up at the end of Character Zero.
Prints now available in my shop.  Also available as digital copies. 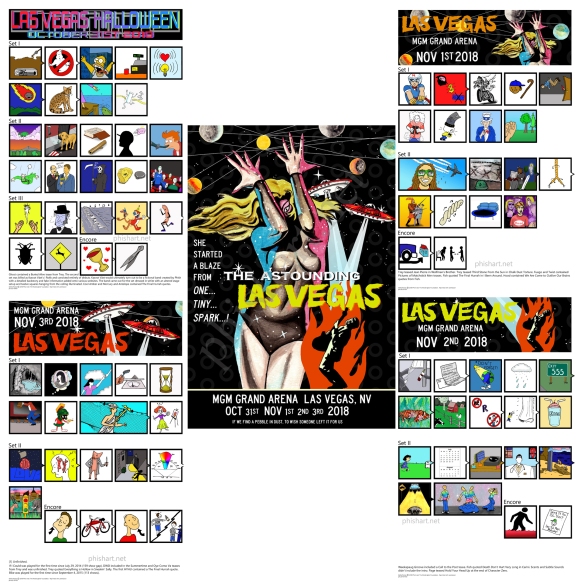 Listen to the silent trees. Lots of little edits to do, but planning to make this my next #phishismetal shirt design! I'll be doing a presale soon for this , as well as all my other metal themed shirts! #phish #phanart #phishart
Better late than never! The last of my 2019 linocut series! #Phish #phanart #phishart #phishdicks
My Tweets